Watch Sky Sports News live stream online from Uk. Sky Sports is a group of television sports channels owned by the satellite pay-tv company Sky. Sky Sports is often taken as the dominant sports brand in the United Kingdom and Ireland, mainly because it has played a vital role in commercializing British sport since 1991. One of the most remarkable examples is their power to create the Premier League in 1992. The first Sky Sports channel was launched on April 20, 1991.

In the past, Sky Sports used to number its channels to facilitate access to their users, but this approach was dropped in 2017, when the company decided to brand its channels with the sport they are dedicated to cover in most cases.

Unlike Sky Sports’ premium channels, Sky Sports News is not available on all pay-tv carriers in the United Kingdom and Ireland. Check local listings for availability. 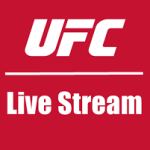