Watch Channel 4 live stream online from UK. Channel 4 is a British public-service television broadcaster which began transmission on 2 November 1982.The channel was established to provide a fourth television service to the United Kingdom. 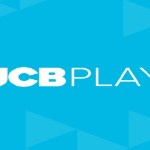